The sun shines 365 days in Brazil. So we prefer outside sports? No, we prefer to read !

Viscount of Taunay founded Brazilian Academy of Letters with other immortal Brazilian authors. He was born in 1843 in Rio de Janeiro and died in 1899.

He was a witness of the most important events of Brazilian History. In 1864 he was on the Military School when Brazil started war against Paraguay (the most bloody war of South  America). He fought there and then wrote impressive books about his military memories.

Then he dedicated his career to the politics. He advocated that the soldier's widows should receive a pension and that the years in war should be considered 'doubled' for the military retirenment. He also supported the civil marriage, the freedom of slavery and incentives for massive European immigration to Brazil.

He was an investitor in the stock market when the Bourse of Rio de Janeiro crashed. He wrote a book about that time of economical catastrophe.

In 1889 the Emperor was deposed. As Taunay was loyal to Emperor, he abandoned the politics and dedicated his life exclusively to Literatury. He wrote more than 30 books. His most famous works are : Inocência and A Retirada da Laguna. 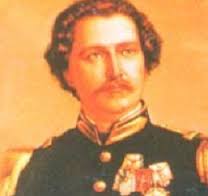